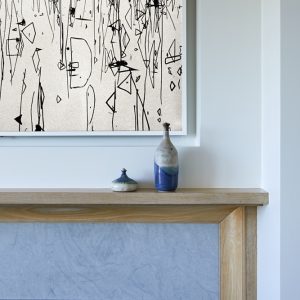 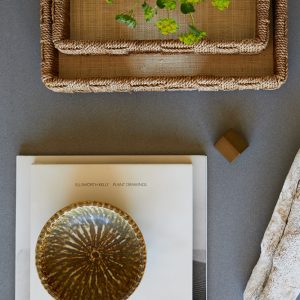 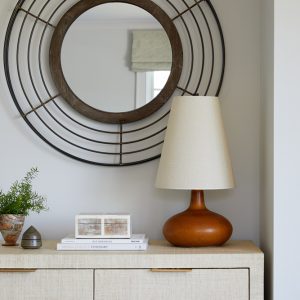 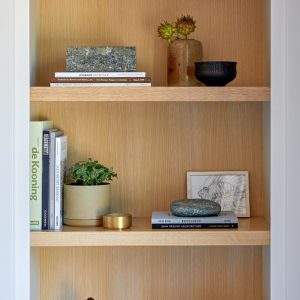 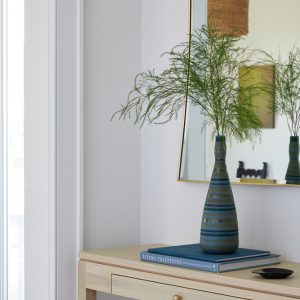 The homeowner appreciated and respected the design process which made for an enjoyable and very successful collaboration.

Long before they were our client, they had an affinity for the ocean, so when a lot with water views became available in 1986, they decided to purchase the land and hire a well-known local architect to create their dream house. They would spend many weekends and full summers in Spring Lake as their family grew and had families of their own. The house became a gathering spot for kids, grandkids, and family friends for over three decades. The house was struck by lightning three times over the course of 31 years but remained standing. However, in 2017, an outdoor wall sconce caused an electrical fire which made it irreparable so the house was taken down. Our client reached out to the original architect, Richard Graham, who was commissioned to resurrect an updated version of the original home.

We worked closely alongside the architect, GC and client early on and helped to construct a layout which would accommodate their lifestyle and adult family. In addition to collaborating on the floor and lighting plans, we designed the custom millwork throughout as well as the kitchen, eight bedrooms/bathrooms, multiple wet bars and the butler’s pantry. We prioritized the Phase 1 design selections to keep the project on track and then shifted gears to the furnishings once the contractor was well on his way. We worked with an outstanding local contractor who exclusively works on homes in the area.

While the palette remained somewhat expected for a beach house, we turned to vintage and custom furnishings, and unique original artwork to create less expected touches throughout. We mixed natural materials like caning, seagrass, rift oak, shiplap and textured linen to break up the upholstery. The homeowner appreciated and respected the design process which made for an enjoyable and very successful collaboration.